*I AM SLOWLY GETTING TRAINING BACK TO USUAL, FOLLOWING ALL GOVERNMENT GUIDELINES* 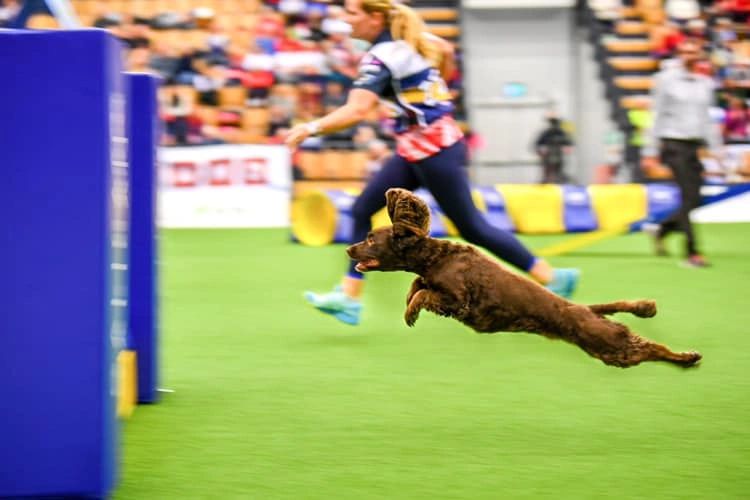 I offer reward based training and enjoy watching dogs and handlers develop their relationship and build their partnerships. I offer classes and workshops for all levels of ability and all ages of dogs. Young dogs will be introduced to agility with foundation classes which include non impact training, proprioception and games, these games will make their introduction to the equipment easy! We will introduce the dogs to agility equipment when both their bodies and brains are ready for it!

My love of animals started when I was very young , we always had dogs whilst I was growing up and my parents had a boarding kennels for many years. As a teenager I started horse riding and would often visit the stables to muck out my horse with our German Shepherd, Sefton in tow. After leaving school I trained at the Yorkshire Riding Centre for a couple of years, studying horse care. I decided not to work full time with horses so after leaving the centre I worked in managerial roles in the bakery, hotel, and restaurant sectors before working in a Sales Manager role.

Whilst I worked as a Sales Manager I found Harry, my first dog. Harry is a really cheeky cockerpoo who is now 11. He was rehomed due to behavioural issues, he had separation anxiety and was reactive with other dogs and some people. I worked hard with Harry and he is now the gentlest goof of a dog but he taught me so much and because of him I had to learn a lot about dog training and he is the reason I started competing in dog sports. He was a brilliant flyball dog! I now have 4 dogs, Harry, Coco a 7 year old working cocker spaniel who competed for Agility Team GB for three years running, Olympia Finals 2016 & 2018 and has qualified again for Crufts in 2019, Crave a 5 year old working cocker spaniel who has recently been retired from agility due to a spinal issue and Wiggy, who is a border collie…a new breed to challenge my training skills!

First Sight of my available 121 dates

Runs 1st June until 31st May

Feel free to ask questions about our training, workshops and events!

Message us on WhatsApp

Hours vary based upon training times.

I teach throughout the day Monday to Sunday, group classes are held Tuesday, Thursday & Friday.